Another Step on the Path to Widespread MaaS 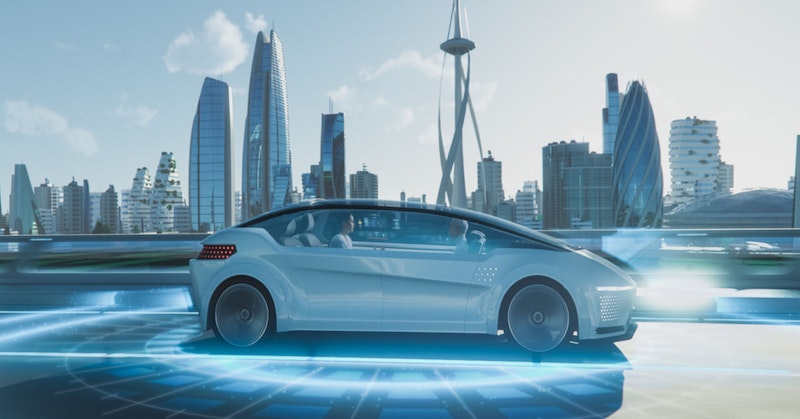 The automotive industry and many robotics start-ups have been promising that autonomous cars are just a couple of years away for many years now. It feels like this "just a couple of years" has been perpetually kicked down the road, with only incremental gains each time. However, Cruise, the robotaxi arm of General Motors, has recently been given approval to start charging passengers in San Francisco. So, is this an enormous leap forward for robotaxis, or just another incremental gain?
IDTechEx identified Cruise as one of the front runners of the robotaxi race in its report "Autonomous Cars, Robotaxis & Sensors 2022-2042", along with Google's Waymo, Baidu, Pony.ai, and AutoX in China. All of these companies have been conducting extensive trials of their autonomous robotaxis, and some were charging customers for rides before Cruise.

Waymo has been offering driverless rides in Phoenix, Arizona, since 2017 with its early rider program. Since then, the program has grown, and since 2020 paying members of the public can take robotaxi rides in this suburb. However, Chandler is a much more robotaxi-friendly environment than San Francisco; its roads are bigger and less congested, and it does not have the same challenges for pedestrians and cyclists. Over the past year or so, Waymo has also been trying to grow its presence in San Francisco, but this appears to have been more of a challenge than expected. Waymo has previously been top of the class in its disengagement performance, that is the average number of miles a vehicle can travel before the safety driver needs to intervene. However, its performance in 2021 slipped dramatically, seeing the front runner fall out of the top three. Waymo currently has an early tester scheme running in San Francisco, like with Chandler in 2017, allowing them to give completely driverless rides to a small group of the public. They are also in the same administrative process which gave Cruise permission to start charging customers, so they will likely catch up with Cruise soon in San Francisco.

Baidu, Pony.ai, and AutoX have been making strides in China. Baidu and Pony.ai conduct a significant amount of testing in Beijing and, like Cruise and Waymo, have a commercial robotaxi service. Baidu and Pony.ai were given permission to start a robotaxi service with no driver behind the wheel in April of this year, with one slight catch. Their services must still have a supervisor present in the vehicle, presumably sitting in the front passenger seat. They will also be restricted to a set number of cars, operating hours, and geofencing. Baidu will be able to operate ten cars between the hours of 10AM and 4PM, while Pony.ai will only have four cars operating between 9AM and 5PM, both operating in an area of 23.1 square miles. AutoX has been growing its robotaxi service in Shenzhen for over a year and now has a service area nearly three times the size of Baidu and Pony.ai's in Beijing at 65 square miles.

What can Cruise actually do?

The many press releases around Cruise's big step to commercialization might have you believing that you can turn up in San Francisco and start taking robotaxis around the city; however, this is not the complete story. Firstly, the service is limited to operating between 10pm and 6am, which IDTechEx thinks is to minimize the amount of traffic the vehicles will encounter. Secondly, Cruise has permission to run 30 vehicles with this new permit, but those vehicles will be limited to 30mph for now. Finally, the current information suggests that the service will only be available on certain designated streets of the city, implying quite a small area compared to its Chinese counterparts.
This is also not an overnight development either, with Cruise making steps towards commercialization for more than a year now. Cruise has been testing its driverless vehicle technology in California since 2014. It took until 2020 to gain permission to start testing vehicles without a safety driver behind the wheel in California. Then in June 2021, Cruise gained permission to start offering driverless rides to non-paying passengers in San Francisco. In September 2021, both Cruise and Waymo received a "driverless deployment permit, which was the penultimate step in deployment. The final hurdle being gaining permission from California Public Utilities Commission to start operating, which was cleared in June this year.
Cruise's ambition is to prove its competence and keep relaxing the restrictions on its service, getting more cars on the road, operating more hours, and expanding to more parts of the city. We have seen that this is possible in Shenzhen with AutoX, but Cruise are very much the trailblazers in San Francisco, not to mention that San Francisco is an incredibly hard proving ground for autonomous vehicles. IDTechEx predicts that over the next year or so Cruise will gradually gain longer hours and more freedom of operation for its driverless robotaxi service. We will also likely see others gaining the same permissions, most likely, Waymo will be the next.
In answering the question of an enormous leap forward or incremental gain, IDTechEx would say this is another incremental gain. Cruise was the first company to gain permission to operate a commercial driverless service in a major city in the US, but, Waymo has been operating a commercial service just outside a major US city since 2020, while Baidu, Pony.ai and AutoX have had operation in major Chinese cities for over a year now. This was an important step for robotaxis in the US, but when you step back and look at the entire industry you can see that it is only an incremental change compared to what is happening elsewhere.
IDTechEx thinks that we will see more of these gains over the next few years. By 2025 there will likely be a wider availability of robotaxis in San Francisco and likely branching out to other US cities. Not to forget that Europe will likely have joined the scene by then, given the progress that Germany is showing. More details about IDTechEx's predictions and forecasts can be found in "Autonomous Cars, Robotaxis & Sensors 2022-2042".

IDTechEx is actively researching MaaS and autonomy and has recently released an updated report "Autonomous Cars, Robotaxis & Sensors 2022-2042". To find out more, please visit www.IDTechEx.com/AutonomousCar.
This research forms part of the broader mobility research portfolio from IDTechEx, who track the adoption of autonomy, electric vehicles, battery trends, and demand across land, sea and air, helping you navigate whatever may be ahead. Find out more at www.IDTechEx.com/Research/EV.
IDTechEx guides your strategic business decisions through its Research, Subscription and Consultancy products, helping you profit from emerging technologies. For more information, contact research@IDTechEx.com or visit www.IDTechEx.com.