Robot Reboot: The Latest Cyber Concept to Byte Into 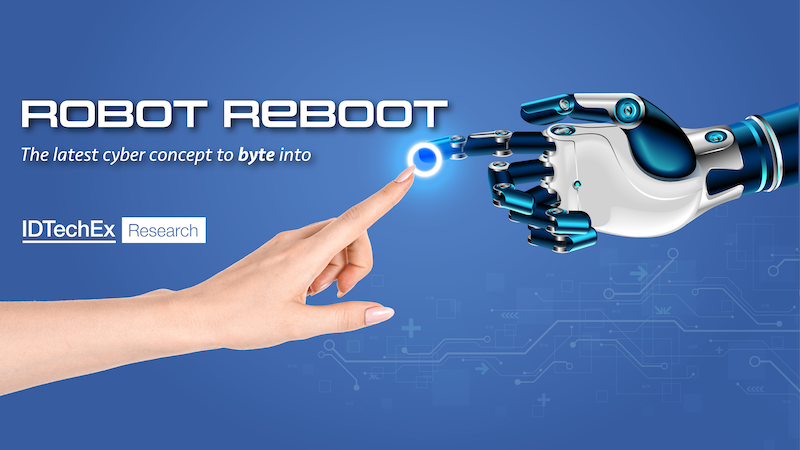 Discussions about the ethics of robots are no new thing, but with the technology maturing and applications preparing to be utilized in the everyday world, is it time to revisit the conversation?
Social robots specifically straddle the uncomfortable line between human emotion and artificial intelligence. Intended to be convincing, these machines are a promising and entertaining prospect - but when used in place of human care, what are the ramifications of such a convincing display?

What is a social robot?

By definition, a social robot is a type of robot with a high level of interactive ability. The basic requirement for a social robot is to interact with people in various social situations as a partner, friend, or teacher to help people complete their tasks successfully. Think the hit show Humans, and then take it down a notch. One of the key features of a social robot is its capability to sense human emotional changes, thereby making responses accordingly. Unlike conventional machines (e.g., cars, agricultural robots, etc.), people expect emotional responses from these robots. This expectation makes social robots special compared to traditional machines/robots.
Social robots have a wide range of potential uses, from hosting and providing information to supporting the vulnerable. American start-up Movia Robotics has produced robotic-assisted instruction (RAI) systems to educate and support children who are autistic. The RAI systems can be deployed for domestic applications, schools, and therapeutic applications. The systems are designed to teach children academics (e.g., simple math, letters, etc.) and social skills (e.g., packing bags, brushing teeth, etc.). The robot is powered by a battery, which allows for a five-hour operation typically. Movia Robotics has four models including Kebbi, Misty II, iPal, and NAO. Whilst some of them (e.g., Kebbi) have limited mobility, the others (e.g., Misty) are equipped with autonomous mobility.
Furhat Robotics has created what they laud as the world's most social robot. The company argues that the robot's ability to interact in the way a human would makes it the next major interface in society - an interface that literally has a face, which can be personalized to look familiar or appropriate for the given application. The Furhat social robot is built to be as intuitive to interact with as talking to a person, making the technology more accessible for the elderly, the very young, and those with limited literacy.
Blue Frog Robotics has created the Buddy PRO line of robots as part of their goal to create "robots for good"; organizations in the health care, education and hospitality industries have partnered with them to offer new and improved services to their customers. They predict that social robots will eventually become as commonplace as smartphones.

Love me, love me bot

However, though an emotional response is both expected and a core part of their design, robots do not have feelings. Regardless of their complexity, and no matter how convincingly designed, social robots cannot experience or demonstrate empathy. From this point of view, social robots - whose purpose and design are based around exhibiting this behavior - could be misconstrued as deceptive, particularly if those in their care are vulnerable.

Ever had the sense a mannequin is watching you? Or found yourself put off by the stare of a child's doll? Automatonophobia, or fear of humanoid figures, is relatively common and stems from a phenomenon known as 'uncanny valley': objects that closely but imperfectly resemble human beings provoke uneasiness and even revulsion in observers. To counteract this, robotics manufacturers are deliberately creating robots with less human features, that can be identified as interactive without triggering a fear response. However, there is potential for an artificial intelligence that closely mimics and responds to human emotional cues to trigger a similar unease and distrust of the machine.
Reactions towards robots in care settings is also very dependent on social and cultural norms; for example, a study conducted by the Nationally Representative American Trends Panel and CNKI showed that more people tend to have negative opinions on social robots in the US than in China. Similarly, in a recent study of using social robots to assist people with dementia conducted in both Finland and Japan, it was found that the feedback on evaluating the usefulness was more positive in Japan than in Finland, and many Finnish caregivers/patients showed fear in response to the introduction of robots. With the oldest population in the world rapidly building to a crisis of care, social robots are more likely to both be received well and become entirely necessary in Japan.
There have been numerous and varied arguments around whether a social robot can be or should be considered as an option for care. Many people believe that social robots are fundamentally evil and shouldn't exist, as they believe that social robots are designed to intentionally deceive their human partners, making them believe the emotions that they express. The key differentiating technology that enables interaction in this sense could be considered fraudulent and not trustworthy; by this logic social robots achieve their successes by lying and deception, which makes the design fundamentally unethical.
Others argue that a robot's lack of emotion is self-evident, therefore not deceitful, and is not a barrier to providing care. After all, can every human support practitioner be expected to be fully emotionally invested in every case they handle? As long as the robot can provide the service to an acceptable standard, it could be argued that using a machine for some tasks could even be preferable, as a machine cannot suffer from emotional burnout or lose patience. With healthcare sectors in many countries under serious strain, support providers that do not need to eat, sleep, or feel could be a saving grace.

Would you get out your WALL-Et for a social robot?

IDTechEx's report "Service Robots 2022-2032: Technologies, Players & Markets" analyzes robot technology designed logistics, delivery, social support, cleaning, agriculture, and more, looking at design, efficacy, and future markets, predicting that the market will be worth $70.1 billion by 2032. For more information on this report and related research, please visit www.IDTechEx.com/Service.
IDTechEx's team of expert analysts track emerging technologies over time, building extensive personal networks within the industry of study and supporting customers using these connections. Any report purchase comes with a minimum of 30 minutes "analyst time", with customers also having the option to subscribe on an annual basis to IDTechEx's research by topic. For more information about the benefits of IDTechEx's reports, or for specific questions about IDTechEx's coverage in haptics, please contact research@IDTechEx.com.