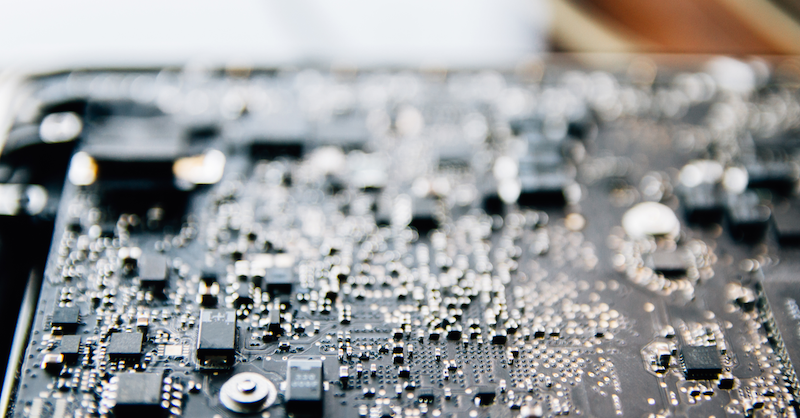 Printed pressure sensors are a well-established technology, having been used for applications such as car occupancy sensors, electric pianos, and some medical devices. To date, such sensors have always been based on piezoresistive materials, in which applying pressure increases conductivity. In contrast, despite extensive R&D printed piezoelectric sensors, in which applying pressure produces a voltage, have thus far struggled for market penetration.
However, despite their lack of commercial success so far, printed piezoelectric sensors do offer some distinct advantages over their piezoresistive counterparts. As manufacturing techniques and algorithmic data analysis to extract insight from high-frequency measurements improves, could piezoelectric sensors finally be close to commercial adoption?

By being both printed and flexible, both piezoelectric and piezoresistive sensors have multiple benefits over inorganic pressure sensors. They are lightweight and cost-effective to produce over a large area, facilitating spatially resolved pressure sensing. Furthermore, their thin film format enables sensors to be installed in locations that those based on rigid materials may struggle with.
However, there are some key differences between the sensor types. Piezoresistive sensors are comparatively simple to produce: a 'force sensitive resistor (FSR)' layer comprising conductive particles embedded in an elastomeric matrix provides a pressure-dependent conductive pathway between two electrodes that are either vertically stacked or interdigitated. These sensors use low-cost materials, simple manufacturing techniques, and are relatively easy to calibrate.
In contrast, printed piezoelectric sensors rely on piezoelectric polymers such as PVDF:TRFE that on solidification form crystalline domains with dipoles. Polling with an electric field aligns the dipoles of these domains, producing a piezoelectric material. This additional manufacturing step, along with a more challenging calibration process, means that piezoresistive sensors have thus far remained the dominant option for printed pressure sensors.
However, despite these downsides printed piezoelectric sensors have some distinct advantages. These include the ability to detect high frequency vibrations since far less deformation is required than piezoresistive materials since no elastomers need to be compressed. Additionally, since piezoelectric sensors generate a small voltage in response to compression, they have extremely low power requirements. Indeed, if measurements and subsequent wireless communications are relatively infrequent piezoelectric sensors can harvest sufficient energy to power themselves. 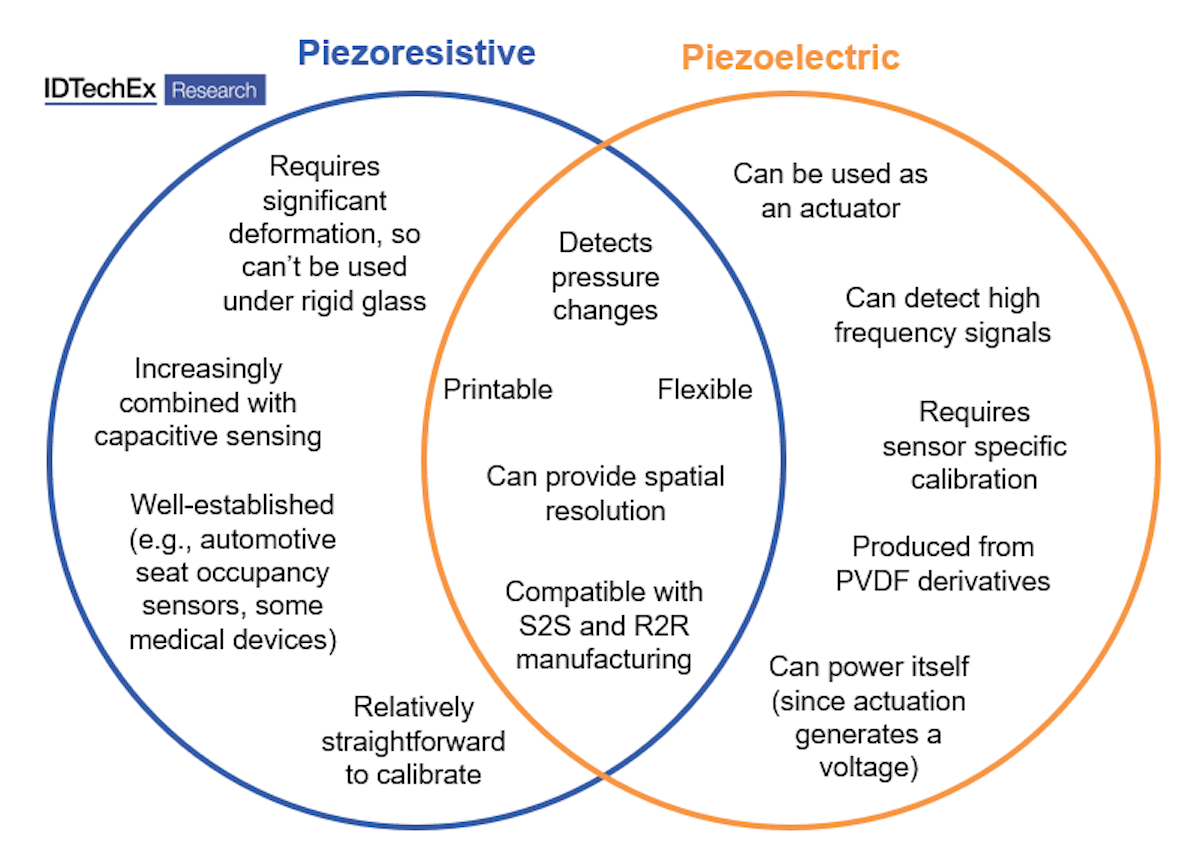 While printed piezoelectric sensors have thus far struggled for market penetration, they are gradually gaining traction for applications that require their key distinguishing feature: the ability to detect high frequency vibrations.
One application of this is condition monitoring, with the aim of enabling preventative maintenance. Attaching unobtrusive thin-film piezoelectric sensors to industrial equipment enables vibrations to be detected, with changes in amplitude and frequency that could indicate worn parts identified algorithmically. A similar approach can also be applied to large structures such as bridges, tunnels, etc. to provide early warning of damage and potential collapse.
Another especially innovative application, developed by CEA-LITEN in France, utilizes printed piezoelectric devices for battery monitoring. A printed, thin-film piezoelectric actuator produces high-frequency ultrasound waves that travel through the battery. These are then detected by a piezoelectric sensor with a very similar architecture. Monitoring the transit time of the waves and the frequency dependence enables the acoustic density, and hence the battery condition, to be monitored in real-time.
A final example is the use of piezoelectric sensors for tire pressure monitoring, developed by Joanneum Research in Austria via its Pyzoflex brand. Here, the key distinguishing feature is not the ability to detect high frequency vibrations but rather the energy harvesting capability. A thin film sensor is placed inside the tire, with the low weight preventing the wheel from becoming unbalanced. It harvests sufficient energy to send a wireless signal with the pressure every 30 seconds, removing the need for complex wiring on a rotating part.

More information regarding printed piezoelectric and piezoresistive sensors, and indeed about any of the multiple printed/flexible sensor technologies, can be found in the recently updated IDTechEx report "Printed and Flexible Sensors 2022-2032: Technologies, Players, Markets". Technologies covered include printed photodetectors, pressure sensors, gas sensors, capacitive touch sensors, wearable electrodes, and more. All IDTechEx's reports, including a wide selection spanning various aspects of printed/flexible electronics, contain detailed analysis of established and emerging technologies, their potential adoption barriers and suitability for different applications, and an assessment of technological and commercial readiness. Also included are multiple company profiles based on interviews with early-stage and established companies, along with 10-year market forecasts. A full list of IDTechEx's reports can be found at www.idtechex.com.
IDTechEx guides your strategic business decisions through its Research, Subscription and Consultancy products, helping you profit from emerging technologies. For more information, contact research@IDTechEx.com or visit www.IDTechEx.com.