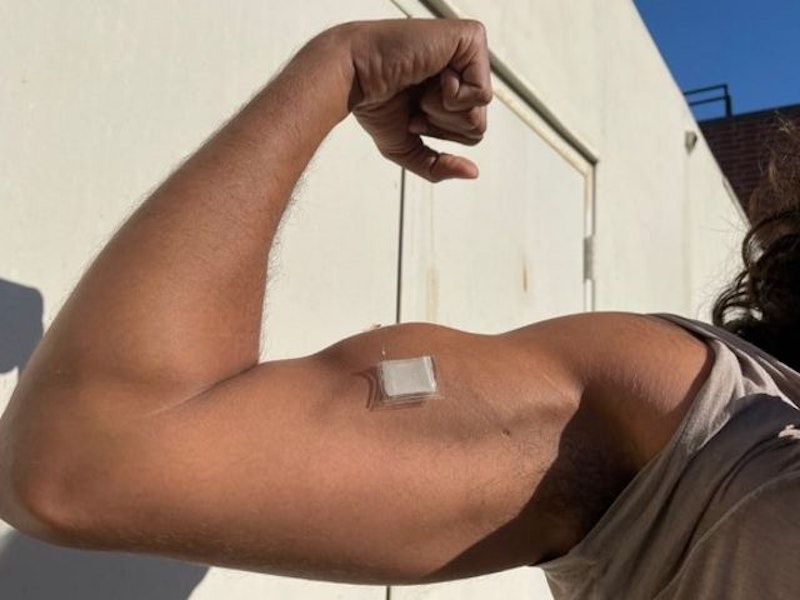 From wide-ranging body movements as minute as a pulse to the various movements of joints, muscles and limbs, wearable pressure sensors placed directly on the skin may be used in myriad ways to monitor health. Other types of skin sensors can monitor health indicators through measurement of sweat and temperature on the skin's surface.
These capabilities translate into useful medical applications, such as in monitoring motor-control diseases like Parkinson's disease, evaluating movements in athletes, or in monitoring physical or even emotional parameters through measurements of the skin's moisture. Other examples of game-changing skin-sensing devices include skin sensors to monitor stress levels in autistic children (who have trouble with emotional expression) and tactile sensors that can assist patients with recovering motor skills after a stroke.
Skin-sensing wearables for pressure-sensing applications must have electronic sensors that localize and detect a wide range of pressure changes obtained by contact with the human skin. They must also be able to translate these pressure changes into a detectable signal using an electrically conductive material. The sensors are generally comprised of a stretchy substrate layer which is placed on the skin and moves in response to pressure changes accompanying body movement. These changes are translated into signals that can be detected by a layer of conductive material placed in close contact with the substrate. For further information see the IDTechEx report on Wearable Sensors 2021-2031.
Among the different types of pressure sensors available, the piezoresistive sensor (PS) is commonly used. These conductive material sensors use the change in electrical resistance when they're stretched to measure pressure changes. To maximize the sensitivity range of these sensors, various microstructures have previously been incorporated; however, these often involve complex fabrication procedures and costly conductive materials. Copper nanowires are a low-cost option, and exhibit superior electrical, thermal, and optical properties. They are, however, subject to corrosive damage under ambient conditions.
A collaborative team from the Terasaki Institute for Biomedical Innovation (TIBI) has designed a simple, scalable PS fabrication method which has solved the problem of copper nanowire durability, while also meeting the wide-ranging sensitivity requirements of a pressure sensor.
The team first developed a solutions-based method to coat copper nanowires with graphene oxide (GO); validation tests confirmed that this method imparted a uniform, strongly bonded GO layer onto the nanowires, which effectively protected them against corrosion without sacrificing their conductive properties. Furthermore, the method allowed for variation of GO coating thickness by adjusting the reaction time or the amount of GO added.
The team next considered the microstructure of the sensor substrate to maximize its sensitivity range. They observed the structure of pressure receptors called Merkel disks at the dermal-epidermal interface of human skin; these pressure receptors play a significant role in touch sensitivity. They noted that the textured surface of this layer, with its holes, interconnected ridges, and random roughness resembled the surface of sandpaper.
This inspired them to devise a method of molding an elastic polymeric substrate layer onto a sheet of sandpaper to imprint the sandpaper's rough texture onto the substrate's surface. The substrate was then treated chemically to enhance its bonding to the nanowires. Next, a suspension of the GO-coated copper nanowires was sprayed onto the substrate and thermally treated to chemically reduce, or lower the oxidation state, of the GO to strengthen the adhesion between the layers.
"Our solutions-based method for protectively coating copper nanowires offer a simple, scalable and tunable way to guard against nanowire corrosion," said lead author, Yangzhi Zhu, Ph.D. "And our spray coating and molding techniques for sensor fabrication enable a more scalable, high throughput and modular approach."
Mechanical experiments with the reduced GO-coated copper nanowires (CurGONW) PS were conducted, with various compression stress levels and rates tested. Because of the elasticity and fast response times of the sensor, it exhibited overall stable resistance measurements maintained over 1000 stress cycles.
Subsequent experiments demonstrated that sensitivity could be tuned by varying nanowire concentrations and sandpaper roughness; these tests also revealed upper limits for sandpaper roughness and optimum medium-range levels of nanowire concentrations.
In addition, the CurGONW PS produced stable resistance measurements and sensitivity ranges comparable to currently available pressure sensors. It also exhibited superior transparency (desired for wearable sensors) and required smaller quantities of reduced graphene oxide than those produced with previous bulk methodologies.
Final experiments were carried out on human subjects for various skin-sensing bodily movements; these included the flexing of fingers, wrists, biceps, and knees, as well as twisting of the neck and movements during walking. Measurements were also taken of carotid pulse, swallowing, and finger pressing and tapping. All measurements were clearly detectable, with minimal drift and levels comparable to reported results obtained from previous independent experiments and commercial devices.
In summary, the TIBI team has fabricated an effective piezoresistive pressure sensor using low-cost, simple, scalable, tunable, and modular methods. Due to the novel skin-inspired microstructure of its substrate layer, the sensor was able to measure a broad range of pressure signals with accuracy and high sensitivity.
"The advancements made by our scientists address some of the challenges in costs, production and effectiveness in wearable skin sensing," said Ali Khademhosseini, Ph.D., TIBI's Director and CEO. "The impact of these improvements can be translated in a variety of ways to many biomedical and commercial applications."
Source and top image: Terasaki Institute